A growing number of people are drinking herbal tea to support their health and wellbeing. But while it may seem like a new trend in Europe and the US, tea’s use as medicine can be traced back as far as the Shang dynasty in China, some 4000 years ago.

One legend has it that the first ever cup of tea was drunk by the Chinese emperor Shennong (who is generally believed to be the founder of Chinese medicine) in 2737BC. While he was sitting in the shade beneath a Camellia Sinensis tree, boiling water to drink, a few leaves floated down into the water. The leaves changed the colour of the water and led Shennong to discover that the infusion had restorative properties.

While the UK’s favourite cuppa has only been around for about 350 years, the relationship between tea and health has a rich history around the world. In China and elsewhere in Asia, tea-making has long been considered an important skill, or even an art form. The Ch’a Ching, translated as The Classic of Tea by Chinese writer Lu Yu, is the earliest known written guide to tea. It has extensive (and we mean really extensive) instructions on the process and etiquette of making tea.

There’s some uncertainty about whether Portuguese or Dutch merchants were the first to bring tea to Europe. But whoever it was, they brought with them more than just a tasty drink — they introduced a new way for Europeans to benefit from the nutritional and medicinal power of plants.

What Are the Medicinal Uses of Tea?

This is a huge question, with so many possible answers that we’d need to write a book (or five) to fill you in. If you do want to go deeper, we recommend 20,000 Secrets of Tea by Victoria Zak as a great place to start. Zak credits tea as the most effective way to benefit from the healing properties of herbs. That’s because tea is easy to make and allows the body to absorb plant compounds quickly.

An ambitious report on the clinical benefits of herbal tea was published in the journal Plant Foods for Human Nutrition in 2019. It looked at 21 different clinical studies, and found that teas made from numerous different ingredients did have significant positive effects on health. Turmeric tea, for example, holds up as an effective treatment for arthritis, and herbs including Water Hyssop and Bacopa Monnieri improve the cognition and speed of attention of people who take them in tea form. Ginger tea, or blends containing some ginger, have been clearly found to enrich drinkers’ sensory experience. According to researchers, this could make ginger an important medicinal tea in certain areas, particularly social enrichment and improving nutritional care for the elderly.

Other evidence — both clinical and anecdotal — tells us that herbal tea can support us with a vast array of health concerns and conditions, including:

And as well as helping you heal when you’re not well, drinking herbal tea on a regular basis can help to support overall good health and immunity and prevent illness.

Ways to Support your Health and Wellbeing with Herbal Tea

Inflammation is responsible for numerous common issues, from muscle pain to sore throats, indigestion, and acne. Chronic inflammation has also been linked to serious illnesses including heart disease, diabetes, bowel disease, and cancer. 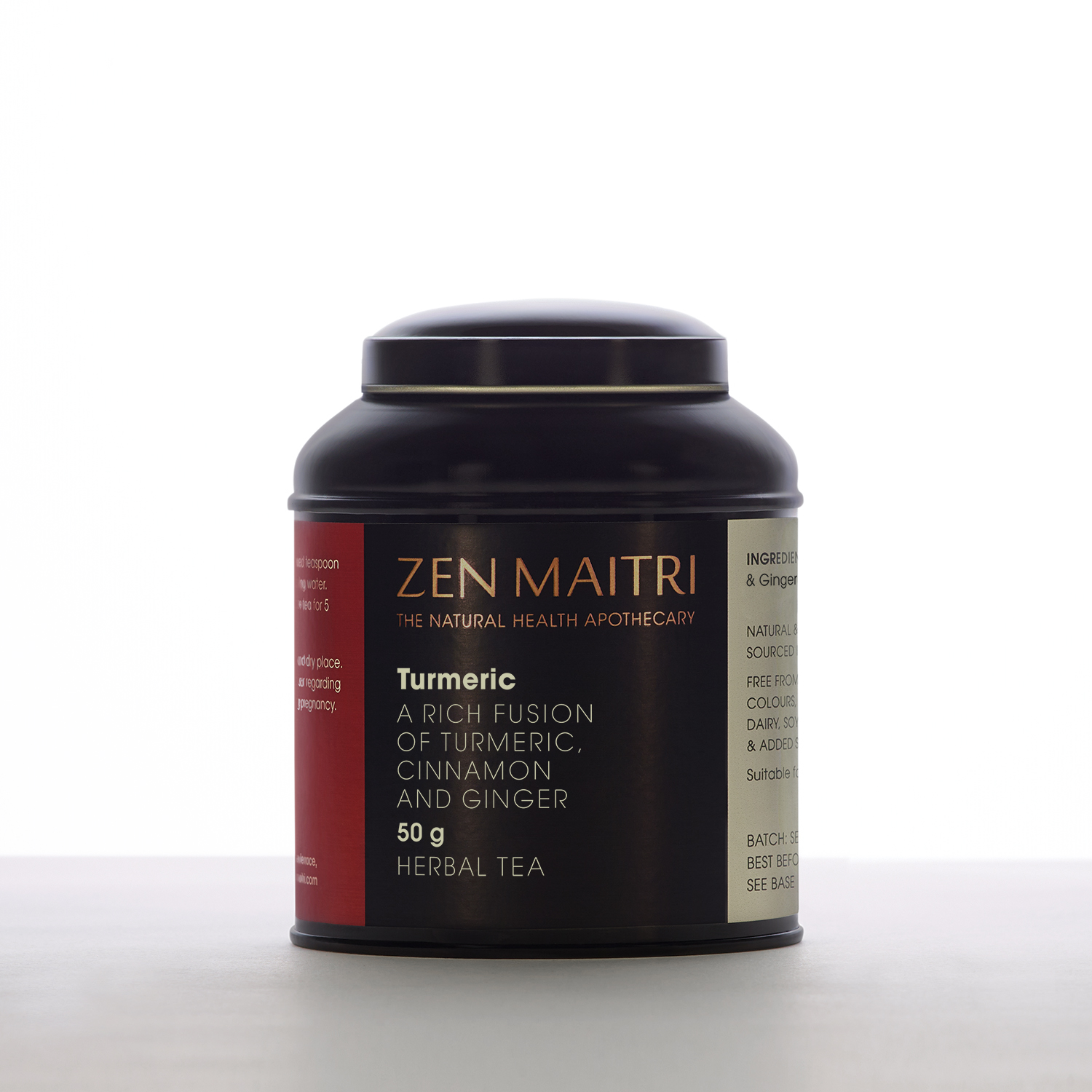 Make our Turmeric Tea a regular essential in your wellness diet. Turmeric improves blood flow and circulation, and supports the function of vital organs, including the liver. Our blend also contains cinnamon and ginger, to make it even better for your circulation and your digestive health.

You’re likely to hear about the power of herbal tea to balance female hormones (and we do have a tea for that too), but it’s not so common to talk about male hormones. Our Man Tea is expertly blended to improve energy and testosterone levels, and protect prostate health.

Ginkgo Biloba Leaf stimulates blood flow to the brain, while Ashwagandha Root works on the nervous system. Damiana Leaf is another mood-booster, and Ginger, Liquorice and Nettle reduce inflammation and support healthy skin and digestion.


We all love a hot drink to give us a kick of energy in the morning (and again in the afternoon), but the conventional caffeine-heavy options tend to have us crashing shortly after. Herbal tea blends can give you that lift, but without the fall that follows — with natural, slow-releasing and steady energy to make you feel alert and fresh.

There are lots of different herbs and plants that contain energy-boosting compounds. We’ve blended the best of them together in our Energy Tea. Ginger Root, Green Tea, Yerba Mate, Siberian Ginseng and Nettle Leaf create a physical, mental and emotional state of vitality, positivity, focus and motivation. If you’d like to learn more about the particular herbs and herbal teas that could support your unique body and mind, you can book an Express Health Consultation with one of our professional medical herbalists. At the end of this in-depth 30 minute consultation you’ll have a personal herbal prescription to help you improve your wellbeing with plants (and, if you’re lucky, a delicious herbal tea!)